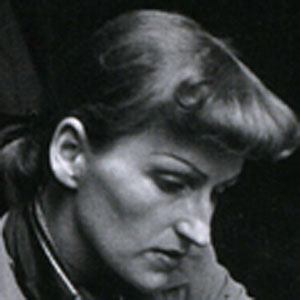 Concept artist and animator who worked for the Walt Disney Company. She was named a Disney Legend in 1991.

She won a scholarship to attend the prestigious Chouinard Art Institute in Los Angeles and was taught by influential artists such as Pruett Carter, Morgan Russell, and Lawrence Murphy.

She created concept art for "Alice in Wonderland," "Peter Pan," and "Cinderella," as well as character designs for Disneyland's It's a Small World and Epcot's World Showcase.

She moved to California with her family in 1918. She married Lee Everett Blair in 1934 and both were initially employed by the Ub Iwerks Studio. Her sister-in-law was animator Preston Blair.

Mary Blair Is A Member Of