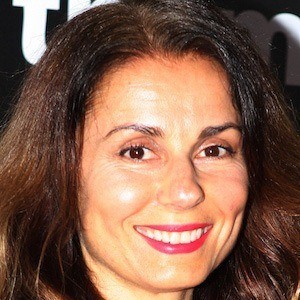 Australian comedienne and actress known for her role as the Greek-Australian character Effie, who first debuted in the 1989 show Acropolis Now and was later integrated into other programs due to her popularity.

She attended Deakin University, where she studied performing arts and journalism. Her first major breakthrough came as part of the stage show Wogs Out of Work.

She's also published a memoir, released an album, and performed voice over work.

She married George Bestis in 2005. After being unable to have a child, including suffering a miscarriage and stillbirth, she underwent almost two dozen IVF treatments. In 2013, her daughter Jamie was born.

She appeared alongside Alex Dimitrades on the show Wildside.

Mary Coustas Is A Member Of