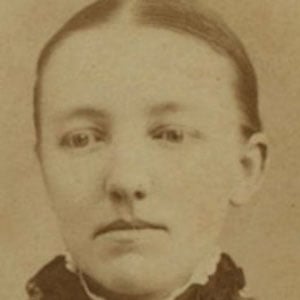 Older sister of Laura Ingalls Wilder and writer of the popular book series Little House on the Prairie. She suffered from blindness starting at a young age.

She was a victim of scarlet fever when she was fourteen, and it was confirmed that viral meningoencephalitis caused her blindness.

Complications from a stroke and pneumonia were the official causes of her death.

She had other sisters named Grace and Carrie as well.

Her sister Laura Ingalls Wilder is famous for Little House on the Prairie.

Mary Ingalls Is A Member Of