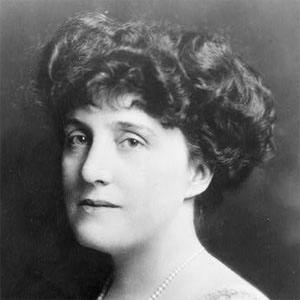 An American mystery writer, she is particularly known for her Miss Cornelia Van Gorder, Letitia Carberry, and Hilda Adams books. She wrote, in addition to novels, hundreds of short stories and poems and several plays and works of non-fiction.

She graduated from the Pittsburgh Training School for Nurses in 1896. She published her first novel, The Man in Lower Ten, in 1906.

She is often called the American Agatha Christie.

She was the Pennsylvania-born daughter of an inventor father. She married Stanley Marshall Rinehart; they later had three sons.

Ogden Nash parodied one of her stories.

Mary Roberts Rhinehart Is A Member Of