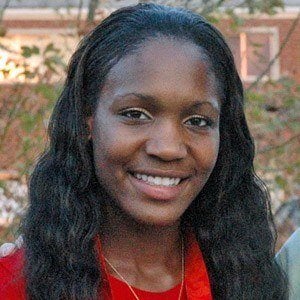 Runner who earned a gold medal at the 2008 Summer Olympics in the 4x400M relay.

She attended the University of Cincinnati from 1998 to 2002, where she was a successful track star.

She earned a Nike sponsorship leading up to the 2008 Olympics.

Her husband Chris Wineberg became one of her trainers.

Her teammates in the gold-medal winning relay team were Sanya Richards, Allyson Felix, and Monique Henderson.

Mary Wineberg Is A Member Of