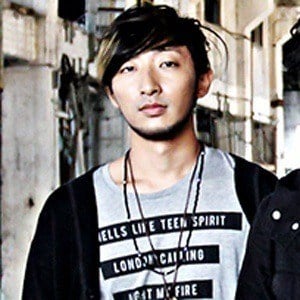 Former drummer of the Japanese rock band My First Story who was known within the group as Masack. The band's song "Fukyagaku Replace" was used as the ending theme of the anime Nobunaga Concerto.

He, Sho Tsuchiya and Nobuaki Katou formed the group in August of 2011.

He announced he was leaving My First Story in March of 2016. He was replaced by Kid'z.

He and My First Story originated out of Shibuya, Tokyo, Japan.

He previously performed alongside Teru in My First Story.

Masaki Kojima Is A Member Of