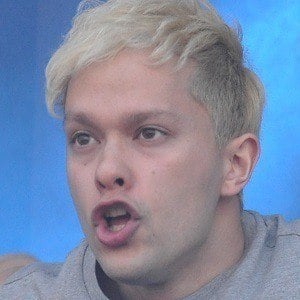 Lead singer of the Nagoya-born hardcore band Coldrain. The band has released more than half a dozen albums and EPs and hosted successful tours around Japan and the United States.

Coldrain formed in 2007 and first gained a following performing at local venues and giving out demo discs.

He and the rest of Coldrain have performed at events like the Summer Sonic Festival.

He is half-American and fluent in English. He has a brother who has a daughter and son.

Coldrain performed alongside Matthew Tuck and the rest of Bullet for My Valentine in 2014.

Masato Hayakawa Is A Member Of