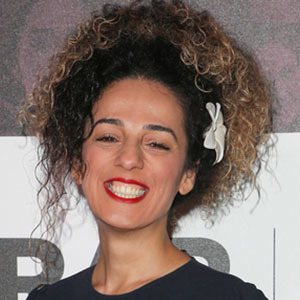 Iranian-American journalist and political activist who is known for her work as a reporter and journalist for the VOA Persian Service, Radio Farda, Manoto television, and IranWire. She is critical of Iranian authorities and has published multiple books in Persian including Tahasson, Taj-e-Khar, and Gharar Sabz.

Her career in political activism started in 1994 when she produced leaflets critical of Iran's government which landed her jail time. She then started working as a journalist for several papers including the Shargh, Bahar, and Vaghaye. She then gained further attention in 2014 when she launched My Stealthy Freedom which was a Facebook page designed to allow Iranian women to post pictures of themselves without a hijab.

She has won several awards for her journalism and activism including a human rights award from UN Watch's 2015 Geneva Summit for Human Rights, the Omid Journalism Award from the Mehdi Semsar Foundation, and an AIB Media Excellence Award.

She was born and raised in Ghomikola, Babol, Iran.

She has caused controversy by meeting with several of Donald Trump's advisors including Mike Pompeo.

Masih Alinejad Is A Member Of