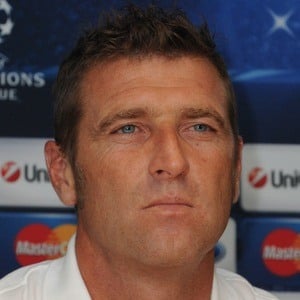 Italian football manager and former player who first gained fame playing for teams such as Juventus, Bari, Atalanta, and Napoli. He has also managed Juventus and Spartak Moscow.

He began is playing career at Pro Sesto, and began his managing career with the Juventus youth team.

He is nicknamed "La Bandera."

He regularly posts to Instagram along with his wife, Pinny.

He mourned the death of former Italian soccer player Davide Astori in May 2018.

Massimo Carrera Is A Member Of