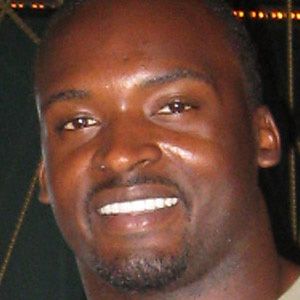 Outside linebacker who began his NFL career in 2006 with the New York Giants and won Super Bowls XLII and XLVI with the team.

He was a two-time First-team All-American in 2004 and 2005, while playing for Boston College.

His grandfather, Benedicto Kiwanuka, was the first Prime Minister of Uganda.

He was teammates on the Giants with Michael Strahan from 2006 to 2007.

Mathias Kiwanuka Is A Member Of