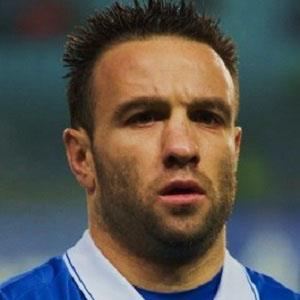 Midfielder known as Le Petit Velo, joined Marseille in 2006 and the French national team in 2010.

He began his professional career with Libourne in 2004.

Though his 5'6" height made him one of the smallest soccer players of his time, what he lacked in length, he made up for in explosiveness.

Born in Bruges, France, his father was a Spaniard from the city of Valladolid.

He became teammates with goalkeeper Steve Mandanda on both Marseille and the French national team.

Mathieu Valbuena Is A Member Of