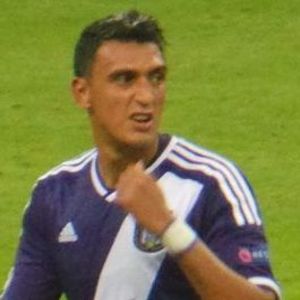 Argentinian professional soccer forward who became a member of Club Atlético River Plate in 2019. During his time with R.S.C. Anderlecht from 2008-16, his team had 4 Belgian Pro League and 4 Belgian Super Cup championships.

He began his soccer career with Club Atlético Belgrano in 2005.

He was named the Footballer of the Year in the Jupiler League for the 2011-12 season.

He joined captain Lionel Messi on Argentina's national team in 2019.

Matías Suárez Is A Member Of