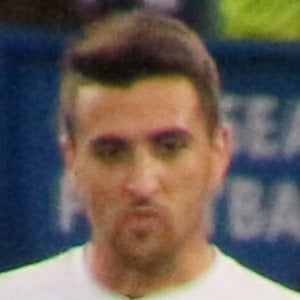 Midfielder who is famous for his international club career, including for Italy's Serie A squad Inter Milan. He helped lead the club to their first appearance at the UEFA Champions League in 2018 after being left out for six years, and scored the game-winning goal against Tottenham Hotspur in September 2018.

He made his professional club debut as a midfielder for Central Español in 2010.

He was named to Uruguay's 2018 FIFA World Cup squad. He previously earned more than 60 caps for Serie A club Florentina between 2013-2017.

He was born and raised in Canelones, Uruguay.

He and Roberto Gagliardini have played as teammates for Inter Milan on the midfield.

Matías Vecino Is A Member Of