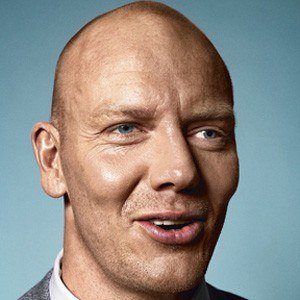 Hockey Hall of Fame center who became the longest-serving captain born outside of North America, 11 seasons with the Toronto Maple Leafs; retired as the Maple Leafs' all-time leader in goals (420) and points (987).

He won three World Championship gold medals as part of the Swedish national team and helped lead the team to gold at the 2006 Winter Olympics.

His marriage to Josephine Johansson in 2009 was attended by several of his teammates. He has a daughter named Bonnie.

He and Tommy Salo were teammates on the Swedish Olympic hockey team.

Mats Sundin Is A Member Of