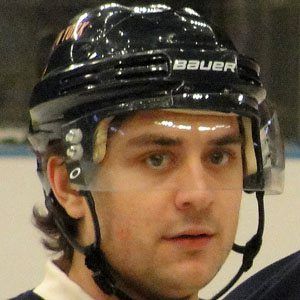 Right wing who made his NHL debut on December 23, 2010, for the New York Rangers; he became the 7th Norwegian player to enter the NHL.

He began playing hockey at age five for Hasle-Loren, and made his professional debut in 2004 for the Frisk Tigers of Norway's GET-ligaen.

In 2010 he played in his first Olympics, representing Norway in the Winter Games in Vancouver.

He was born to parents Glenn Aasen and Anita Zuccarello. He has a younger brother named Fabian who has played for the Valencia Flyers.

He began his NHL career with a Rangers team led by star goalkeeper Henrik Lundqvist.

Mats Zuccarello Is A Member Of