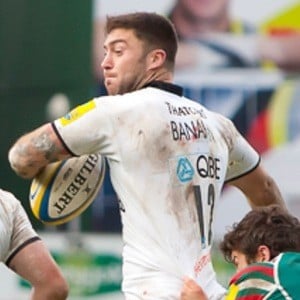 Rugby union wing and centre who played for Bath for 12 years before joining Gloucester in 2018. He has represented England in sevens and rugby union.

He played for England at the 2011 Rugby World Cup.

He married a woman named Rebecca in 2010.

He has played alongside Billy Twelvetrees at Gloucester.

Matt Banahan Is A Member Of