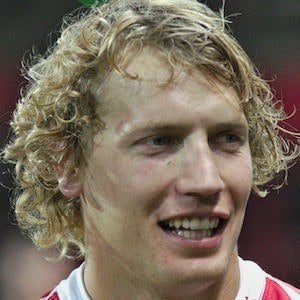 Center and fly-half for teams like the Leicester Tigers and the British and Irish Lions. He won Man of the Match in the Heineken Cup.

He was a talented cricket batsman who played for Wisborough Green Cricket Club.

He was given the nickname 36, based on the way Irish Leicester captain Geordan Murphy pronounced his last name.

He was raised with three brothers: Jonathan, Matthew, and Joseph.

He and English scrum-half Ben Youngs both played for the Leicester Tigers.

Billy Twelvetrees Is A Member Of