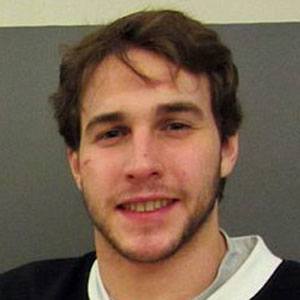 Defenseman who made his NHL debut for the Boston Bruins during the 2010-2011 season and was a member of their 2011 Stanley Cup-winning team. After five years in Boston, he signed with the Vancouver Canucks in 2015.

He was a seventh round draft pick of the Florida Panthers in 2008, but he was traded to the Bruins in March 2010, before ever playing for Florida.

He was born in Mt. Lebanon, Pennsylvania.

He was teammates with left winger Milan Lucic on the Bruins from 2010 to 2015.

Matt Bartkowski Is A Member Of