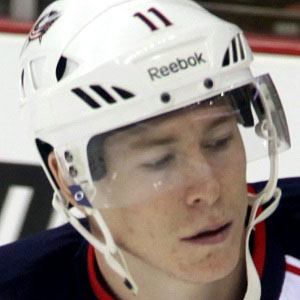 Canadian hockey winger who was taken by the Columbus Blue Jackets in the 2008 NHL Entry Draft. He has made the All-Star team in the Canadian Hockey League as well as the Western Hockey League.

He was born in Brandon, Manitoba and played junior hockey for the Winkler Flyers.

In the WHL Eastern Conference Finals, he became the first player in WHL history to score three short-handed goals in a single playoff period.

His mother, Alice, has worked at Brandon University.

Matt Calvert Is A Member Of