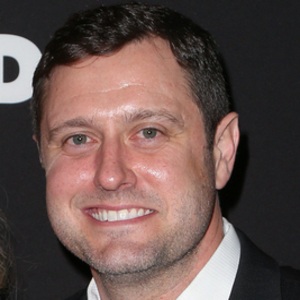 Comedian and actor who is best known for his role as Mo on the TBS comedy series Clipped. He premiered in the role in the pilot episode in June 2015.

He attended and graduated from Rider University with a degree in the Fine Arts. He then drove cross-country with his then-girlfriend to Los Angeles to pursue an acting career.

He has been a member of The Groundlings Main Company after having been in the Sunday Company. He has also made various TV appearances, including on Curb Your Enthusiasm, 2 Broke Girls, and True Blood.

He was born in Pennsylvania, and raised on Long Beach Island, New Jersey, where his father was stationed while in the Coast Guard.

He has starred alongside Ashley Tisdale on TBS' Clipped.

Matt Cook Is A Member Of