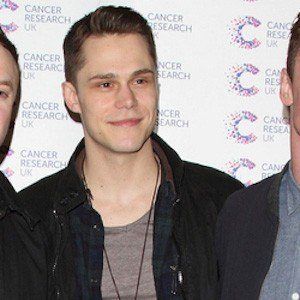 Member of the British rock band Don Broco who serves as the group's drummer and as a backing vocalist. Don Broco's 2012 debut LP, Priorities, peaked at #25 on the UK Album chart while their 2015 album Automatic reached the top 3.

He attended the same high school as Simon Delaney and Rob Damiani, and they met former member Luke Rayner after university.

Before settling on Don Broco, he and the original foursome took on names such as Club Sex and Don Loco.

He was born in Bedford, England. He has posted pictures of his girlfriend Lauren Yates on Instagram.

He performs alongside bassist Tom Doyle in Don Broco.

Matt Donnelly Is A Member Of