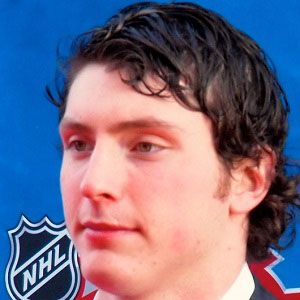 Star center in the NHL who was named to the All-Rookie first team in 2010 and selected to his first All-Star game in 2011 as a member of the Colorado Avalanche. In 2017, he joined the Ottawa Senators.

He played for his hometown Huskies team before entering the minor leagues. He was selected third overall by Colorado in the 2009 NHL Draft.

He won a gold medal with Canada at the 2014 Winter Olympics.

He grew up in Haliburton, Ontario into a Christian family. In 2017, he married Ashley Groissaint.

He became the youngest player in Colorado Avalanche franchise history to reach 100 points, beating out even his idol Joe Sakic.

Matt Duchene Is A Member Of