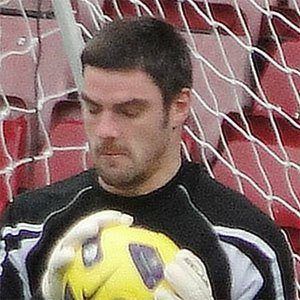 Goalkeeper who joined Burnley in 2014 after spending six years with Blackpool. He became a member of the Scottish national team in 2012.

He debuted professionally for Rochdale in 2000 after coming up through the club's youth set-up.

He was named the Blackpool Gazette player of the year in 2013-14.

He was born in Rochdale, England.

He and winger Gary Mackay-Steven became teammates on the Scottish national team.

Matt Gilks Is A Member Of