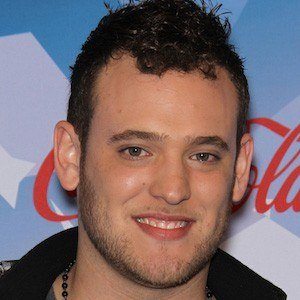 Singer, songwriter, and musician who rose to fame competing on the eighth season of the hit reality series American Idol. He has gone on to release the albums Perspective and Mind, Body and Soul.

His early years were spent drumming and singing in church. While studying at Western Michigan University, he performed at a number of clubs and was a member of the school's vocal jazz program.

Though he was born in Dearborn, Michigan, he was raised in Ypsilanti with his parents, Daniel Giraud and Kami Zoltanski, and his sister, April.

In 2010, he recorded the song "Thank You" with Jim Brickman which topped out at #16 on the Hot AC charts.

Matt Giraud Is A Member Of