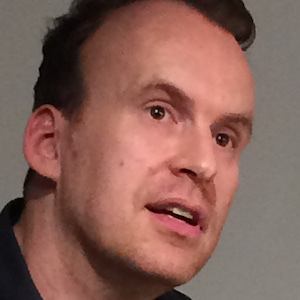 Novelist known for his speculative young adult and children's fiction. Some of his most popular novels include The Last Family in England, The Dead Fathers Club, and The Possession of Mr Cave. He has won numerous awards for his books, including the Nestlé Children's Book Prize for Shadow Forest in 2007.

He pursued his bachelors in English and history at Hull University and followed with his masters in Leeds.

He spent his earlier years as a journalist writing for publications like The Guardian, The Sunday Times, and The Independent.

He was born in Sheffield, England, but grew up in Nottinghamshire. He and fellow writer Andrea Semple have two children named Lucas and Pearl.

Many of his books have been optioned for film adaptation including The Radley's, a film with prominent director Alfonso Cuaron attached to produce.

Matt Haig Is A Member Of