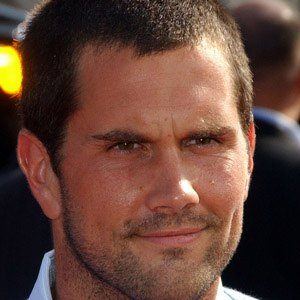 Heisman Trophy winner in 2004 with USC who was selected 10th overall by the Arizona Cardinals in the 2006 NFL Draft.

While playing football for USC, he won back-to-back National Championships in 2003 and 2004.

He became a huge disappointment in the NFL, never securing a starting spot in Arizona and becoming a backup or third stringer the rest of his career.

He had a son with Brynn Cameron, a former USC basketball player, but the two later broke up.

He and Reggie Bush lost 41 - 38 to Texas in the 2006 National Championship game, which many have said was the greatest college football game every played.

Matt Leinart Is A Member Of