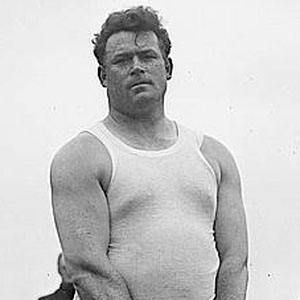 Legendary hammer thrower who competed at four Olympic Games, winning gold in 1912. He was also a member of the New York City Police Department, where he was a two-time recipient of the Medal of Valor.

He was born in Ireland but moved to the United States, where he found success as a hammer thrower at the relatively late age of 27.

He won the silver medal at the 1924 Olympics when he was 47 years old, making him the oldest person ever to medal in a track and field event at an Olympic Games.

He was one of eleven children born to his parents.

He and Lance Deal are both Olympic medalists in hammer throwing.

Matt McGrath Is A Member Of