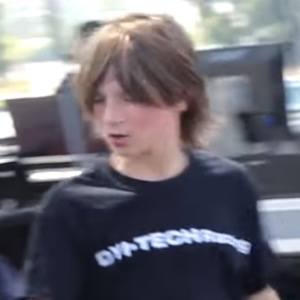 Young rapper who burst onto the hip hop scene with a viral hit called "Overwhelming" as seen on the YouTube channel Working on Dying as well as his own SoundCloud page. He would sign a record deal with Warner Brothers.

Before becoming a sensation with his viral hit, he dropped tracks called "This N That," "Low Key" and "Michael Myers," among others.

His real name is Matthew Grau. He is from Philadelphia, Pennsylvania.

He would work in the studio with rappers including Lil Yachty and PnB Rock.

Matt Ox Is A Member Of