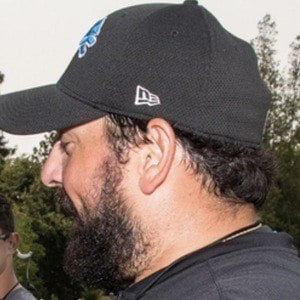 First gained wide recognition as a member of the New England Patriots coaching staff. He served as the team's defensive coordinator from 2012 to 2017 and won three Super Bowls with the team. Prior to the 2018 NFL season, he was hired as the head coach of the Detroit Lions.

He began his coaching career as a graduate assistant at Rensselaer Polytechnic Institute, where he had played college football as an offensive lineman.

He first joined the Patriots as an offensive assistant in 2004, and also worked as an assistant offensive line coach, safeties coach and linebackers coach.

He married Raina Patricia in 2009. He and Reina have three children named Dominic, Dante and GIamina.

He served under legendary head coach Bill Belichick during his time in New England.

Matt Patricia Is A Member Of