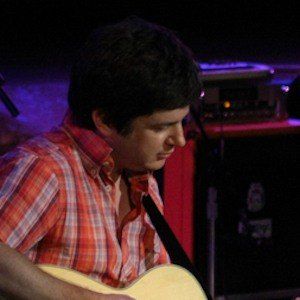 Guitarist, cellist, pianist and composer, who is best known for his work as the principal songwriter and lead guitarist of the alternative group Sixpence None the Richer.

With a passion for music at a young age, he began recording in 1991 on a tape which became known as A Place to Hide Away. He then began playing with several other musicians until he formed Six Pence None The Richer in the early 1990's. They released their debut album in 1993 and became internationally recognized with the 1998 release of "Kiss Me".

Him and Leigh Bingham Nash are the band's only constant members.

He has collaborated and recorded with a variety of artists including Julie Miller, Brooke Waggoner, and Jon Foreman.

Matt Slocum Is A Member Of