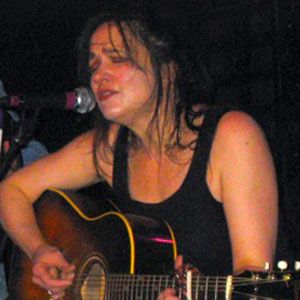 American country singer-songwriter who has worked as a background vocalist for singers like Emmylou Harris and Amy Grant. She has had success with albums on the US Christian chart, including He Walks Through Walls.

She recorded her first piece in 1983 as part of the band Streetlight before going solo in 1990.

She was featured on the 1992 album, Cry of the Heart: Emily's Eyes, a charity album to help victims of child abuse.

She married fellow country singer Buddy Miller in 1981 and they have recorded duets together.

Her career catapulted after Sam Phillips sent one of her demos to Myrrh Records.

Julie Miller Is A Member Of