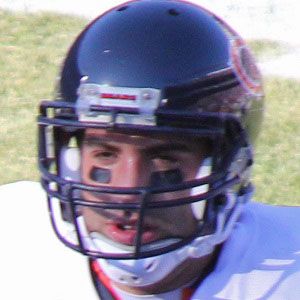 Star tight end of the University of Minnesota was drafted in 2007 by the Pittsburgh Steelers.

An All Big-10 honorable mention his sophomore year in college, he was a conference First Team selection in 2005 and an All-American in 2006.

He recorded one catch during the Steelers win of Super Bowl XLIII over the Arizona Cardinals.

He was born in St. Michael, Minnesota.

Matt Spaeth Is A Member Of