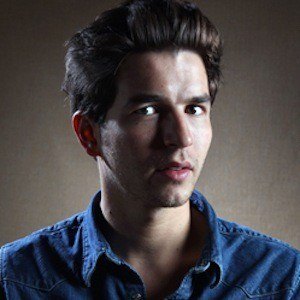 Actor who is known for his work across Belgian TV, film, and theater. He has appeared in various roles on TV, including as Simon 'Smos' Vos in the sitcom Safety First. In 2015, he reprised his role in the Safety First feature film.

He is a graduate of the Herman Teirlinck Institute theatre school. He subsequently completed an internship at the Olympique Dramatique Flemish theatre.

In 2008, he founded his own theatre company, called FC Bergman. He has performed in various productions as a co-founding member. In 2015, he starred in the Flemish film Ramon Ay! as Max Muizenest.

He was born and raised in Hasselt, Belgium.

He appeared alongside Italian actress Donatella Finocchiaro in the 2013 film Marina.

Matteo Simoni Is A Member Of