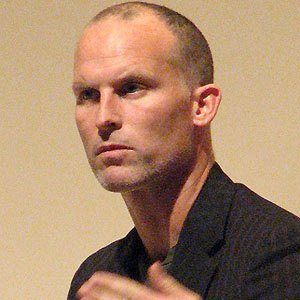 Multimedia artist best known for his avant-garde film series "The CREMASTER Cycle." Also known for his seven-act opera based on "Ancient Evenings" by Norman Mailer.

He attended Yale after being recruited to play football and study pre-med. He devoted a good portion of time to art as well, graduating in 1989.

He was born in San Francisco and grew up in both Idaho and New York. His mother was an abstract painter who introduced him to the New York art scene.

He had a daughter with singer Bjork in 2002.

Matthew Barney Is A Member Of