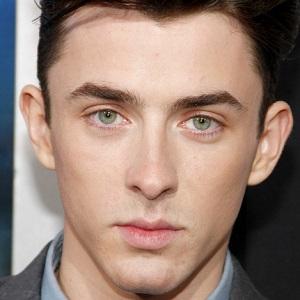 British screen actor who played the role of Blake Morrison in the 2007 movie And When Did You Last See Your Father? His performance earned him a "Best Newcomer" nomination at the British Independent Film Awards. In 2018, he began starring in The CW's Kiss Me First.

As a child, he appeared in a television commercial for the Lego company. He later studied at the University of York.

He worked as a model for the Burberry fashion label.

He was raised in London, England.

He and Samantha Giles both appeared on the British television series Where the Heart Is.

One Day
The Imitation Game
An Education