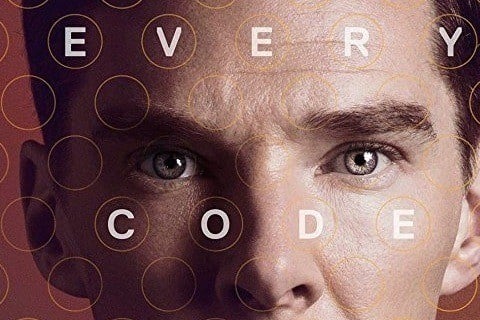 Biographical drama loosely based on the biography Alan Turing: The Enigma starring Benedict Cumberbatch as cryptanalyst Alan Turing. In the film, he tries to crack the enigma code for the British government during WWII.

The film won the Academy Award for Best Adapted Screenplay and was nominated in 7 other categories including Best Picture and Best Director.