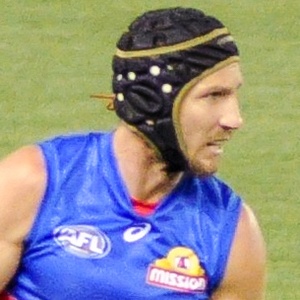 Australian rules footballer who debuted with the AFL's Western Bulldogs in 2003.

He began his career with the Victorian under-18 Dandenong Stingrays.

He won his first Charles Sutton Medal in 2009, an award given to the best and fairest player in the league.

He married his high school girlfriend in October 2007.

Matthew Boyd Is A Member Of