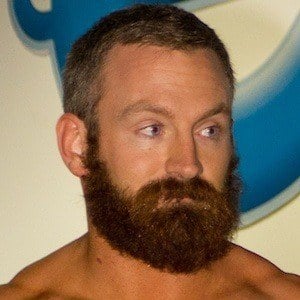 Professional wrestler known by the ring names Matt Cross, M-Dog 20, and Son of Havoc. He's worked with Ring of Honor and Chikara, among other small promotions.

He was a competitive and talented gymnast growing up, winning gold medals at the AAU Junior Olympics in 1999.

He has a degree in communications from Cleveland State University. He was a member of WWE Tough Enough in 2011.

His family is from San Marino, and he has citizenship in the country.

Matthew Capiccioni Is A Member Of