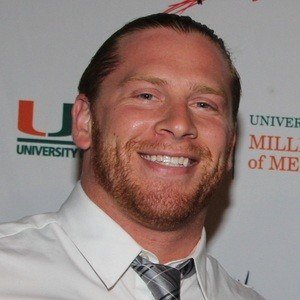 Professional wrestler best known for his time with WWE. He's been signed under both the Raw and SmackDown brands. He founded his own wrestling school called Create A Pro wrestling academy in 2013.

He first wrestled for the local New York Wrestling Connection promotion under his real name, Brian Myers. He turned professional in 2004.

He has also wrestled under the names Brian Major, Brandon Myers and The Prince of Queens.

He married his long-term girlfriend Lizzie Karcher in October of 2015.

He has won the WWE tag team championship with wrestler and good friend Zach Ryder.

Curt Hawkins Is A Member Of