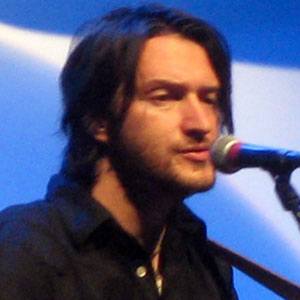 Pop-rock singer-songwriter who released his third album, Land of the Living, in May 2012.

He started his music career by performing in local Atlanta clubs in 1997.

His songs "Looking for You Again" and "Save You" have been featured on several television series.

He moved from Levittown, Pennsylvania to Atlanta with his family at age eleven.

He performed with Patty Griffin for the tenth anniversary of the Reg's Coffee House Show at the Alabama Theatre.

Matthew Perryman Jones Is A Member Of