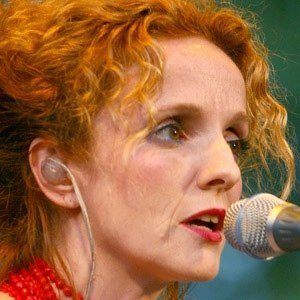 Grammy Award-winning singer-songwriter who was named the 2007 Artist of the Year by the Americana Music Association.

She purchased her first guitar when she was sixteen years old. She was scouted by A&M Records in the early 1990s while playing in coffee shops.

She received the Grammy Award for Best Traditional Gospel Album in 2011 for her album, Downtown Church.

She was previously married to Nick Cobb.

Her song "Up to the Mountain (MLK Song)" was covered by Kelly Clarkson.

Patty Griffin Is A Member Of