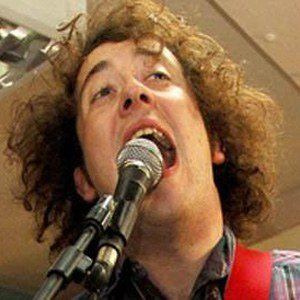 Indie rock performer is known as the singer, guitarist, and keyboardist for The Wombats, the group known for songs like "Your Body is a Weapon."

He met his future bandmates while attending the Liverpool Institute of Performing Arts.

He helped The Wombats release a UK Gold-certified sophomore album, The Wombats Proudly Presents: The Modern Glitch, in 2011.

He grew up with his family in Woolton, Liverpool. In 2015 he met his girlfriend in Los Angeles.

He was a featured guest on the Australian series Spicks and Specks with host Adam Hills.

Matthew Murphy Is A Member Of