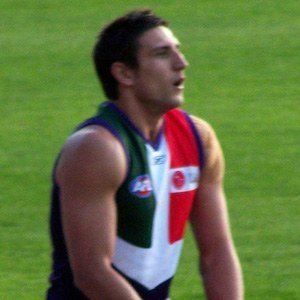 Former rugby forward/midfielder who joined Fremantle in 2000; he was named to six All-Australia teams between 2002 and 2008.

He played school football at Sacred Heart College and with the Woodville-West Torrens Eagles before being drafted into the AFL.

He was Fremantle's leading goalkicker seven times between 2005 and 2012.

He married Lauren O'Shannassy in December 2010; the couple welcomed their first daughter, Harper, in 2013. They later welcomed sons, Lee Jack and William James.

He joined the Australian national team in 2002, a year after John Eales retired from the squad.

Matthew Pavlich Is A Member Of