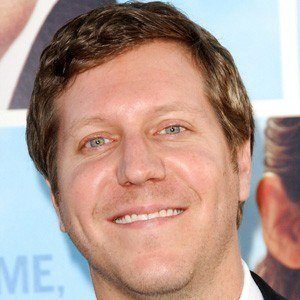 American screenwriter and director whose credits include The Invention of Lying, in 2009, and May the Best Man Win, in 2014. He also starred in 6 episodes of the 2013 TV mini series, The Power Inside.

He co-wrote the screenplay for Just Can't Get Enough, in 2007, with Jensen Karp.

He served as co-host of the Internet Radio show, Get Up On This, which was distributed by iTunes and the SModcast Podcast Network.

He was born in Los Angeles, California. He married singer Natasha Bedingfield in 2009. They had a son together on the last day of 2017.

He was the writer of a 2013 television mini-series called The Power Inside that starred actor Harvey Keitel.

Matthew Robinson Is A Member Of