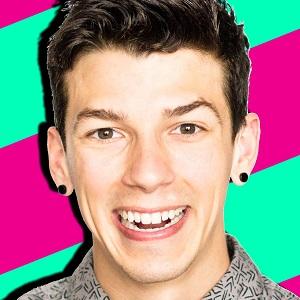 Internet personality and artist best known for his YouTube channel booshoe37. His video "Pirates VS. Ninjas" was featured on the YouTube homepage in January of 2008. He has accumulated over 100,000 subscribers.

He studied Physiology and Studio Art at Seattle Pacific University and started his YouTube channel as a sophomore in high school at the age of 15.

He moved from Albany, Oregon to Lincoln, Nebraska. He got engaged to his longtime boyfriend Michael Lindsay and vlogged about it in the video titled "HOW HE PROPOSED" in January of 2018.

He created a fake interview piece where he made it seem like he was interviewing Chris Crocker. In April 2015, he posted a video titled "HOW TO BE A MODEL" with Travis Bryant.

Matthew Schueller Is A Member Of