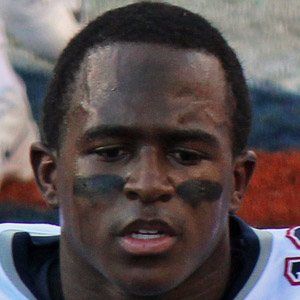 Standout special teams player who was a 5th round pick of the New England Patriots in 2008. He helped the Patriots win the AFC Championship in 2012 and Super Bowl XLIX in 2015. During his time at UCLA, he played both offense and defense and was a first team All-American in 2007.

He was a track and football star at Servite High School in Anaheim, California; he set school records in 100 meter and 200 meter competitions and on the football field, he caught 39 passes for 707 yards and 5 touchdowns his senior year.

He was elected to the All-Pro team three times and Pro Bowl team four times as a special teams player from 2011 to 2014.

He was born to Jackie and Annie Slater; his father was an offensive lineman in the NFL.

He developed into an All-Pro player under the tutelage of legendary Patriots coach Bill Belichick.

Matthew Slater Is A Member Of