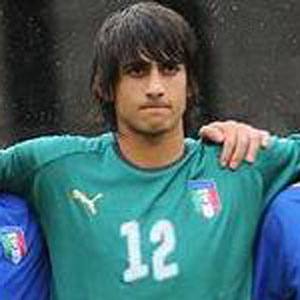 Goalkeeper who debuted professionally for Genoa in 2010 and became a member of the Italian national team in 2014.

He spent his youth career with A.S.D. Pro Cisterna, Pistoiese, and Genoa.

He was sent on loan to Padova and Pescara during his first few professional seasons with Genoa.

He was born in Latina, Italy.

He became a backup to Gianluigi Buffon on the Italian national team in 2014.

Mattia Perin Is A Member Of