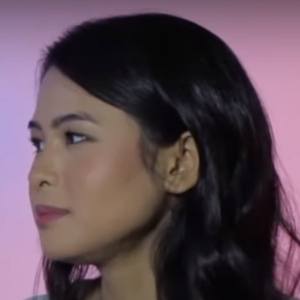 Indonesian singer, actress, and brand ambassador who released her album, Moments, in 2015.

She began acting at a young age, debuting in the title role in the film For Rena, about the life of children in an Indonesian orphanage.

She began studying at Oxford University, England in 2013. She is extremely popular on Instagram with over 14 million followers.

Her dad is named Didit, her mother Maureen, and she has a sister named Amanda.

In 2014, she released a duet with American singer David Choi called "By My Side."

Maudy Ayunda Is A Member Of