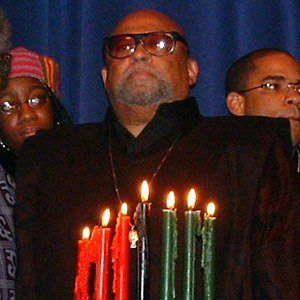 Originated the African-American celebration of Kwanzaa. He was influential in the 1960s and 1970s Black Power movement.

He attended both Los Angeles City College and UCLA, graduating with a degree in political science with an emphasis in African Studies.

He co-founded US with Hakim Jamal, the black nationalism and social change organization.

He married Tiamoyo Karenga in 1970.

He participated in the documentary The Black Candle, which Maya Angelou narrated.

Maulana Karenga Is A Member Of