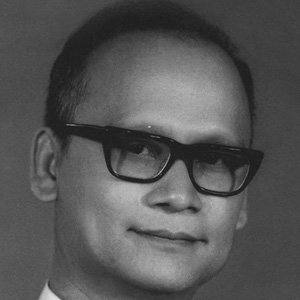 Seventh President of the Union of Myanmar for one month in 1988 who was also a writer.

He attended Rangoon University where he earned his B.A. and B.L.

After he was declared President in August of 1988 anti-government demonstrations and widespread disruptions became rampant and resulted in another military coup led by Saw Maung on 18 September 1988, which removed him from office.

He married Khin May Hnin and raised five children with her.

He and Aung San Suu Kyi are both politicians from Burma.

Maung Maung Is A Member Of